The socialist republican party éirígí have described the latest proposals by the Health Service Executive (HSE) to slash essential services at a number of hospitals in the HSE west region as "appalling" and "totally unnecessary". According to éirígí Sligeach activist Gerry Casey, lives would be placed at great risk if these cutbacks proceed.
Casey was speaking after it emerged that from mid-July, the HSE are planning to shut the Accident & Emergency (A&E) unit at Roscommon county hospital at weekends and at night-time on week days.  Staff shortages, specifically the lack of junior doctors as a result of the ban on recruitment are believed to be behind the move.


Plans are also underway for major cutbacks at Mayo General Hospital in Castlebar where it is expected that a number of operating theatres will be closed during the summer months in order to cut costs for the HSE. 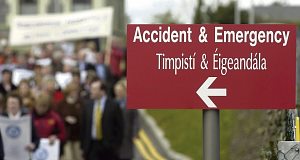 Casey said: “These latest plans by the HSE and their political masters in the Fine Gael/Labour coalition to slash essential services at both these hospitals are not just appalling, they are totally unnecessary.”

“Shutting the A&E unit at Roscommon County hospital on week nights and completely at weekends will lead to unnecessary deaths as witnessed when similar services were withdrawn from other hospitals in the past. It will also lead to increased pressure and even longer waiting times at A&E units in Galway and Sligo which will have to deal with those who should be treated in Roscommon.”

He added: “These hospitals are already overstretched dealing with current patient levels. The increased workload will result in already overworked and under-resourced staff being placed in an impossible situation which will result in yet a further reduction in the quality and efficiency of service that patients require.”

“According to the general manager at Mayo General Hospital Charlie Meehan, amongst the proposed cuts would be the closure of two operating theatres during July and August as well as shutting a ward and ceasing orthopaedic services. He also revealed they were considering reducing the numbers of coronary care beds in an attempt to save money.” 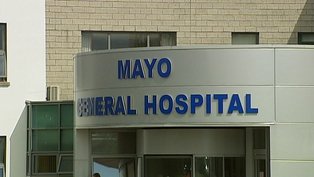 “Labour and Fine Gael are in power for 100 days and already they are showing that they are taking up where Fianna Fáil and the Green party left off. Pre-election promises to protect essential services have already been cast aside as they set about continuing to dismantle our public hospitals and public health service to facilitate privatisation. This follows their broken pledge to return breast cancer services to Sligo General Hospital within those first 100 days.” (click here)
He concluded: “Fine Gael and Labour must not be allowed to put private profit and paying off the private gambling debts of bankers and developers before the health and well being of the people. If these cuts are implemented, the reality is that people will suffer and die unnecessarily as a result of deliberate political decisions.”
Posted by éirígí Sligeach at 10:48 AM