A delegation from a local campaign group seeking to have the gas network extended to Sligo and the north-west met with the Junior Minister for Communications, Energy and Natural Resources Conor Lenihan on Wednesday (May 19). Amongst those taking part in the delegation was Sligo/North Leitrim's three TD's, Fianna Fáil's Jimmy Devins and Eamonn Scanlon as well as Fine Gael's John Perry.
Also participating on the delegation were Fianna Fáil Senators Marc MacSharry and Geraldine Feeney, Labour party Mayor of Sligo Jim McGarry, Hugh McConville of Sligo Council of Trade Unions, as well as representatives from Sligo Chamber and Sligo Fair Dealers. 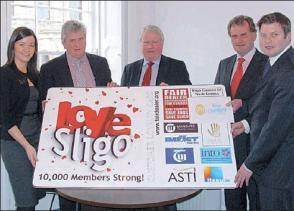 This meeting was originally due to take place four weeks ago but had to be postponed and re-arranged due to Lenihan's unavailability. In recent weeks, another delegation which included Senator Marc MacSharry and Deputy Eamonn Scanlon, met with the CEO of Bord Gais John Mullins on this very same issue.

Deputy Devins, who has repeatedly called for the Corrib gas to be piped to Sligo because of its close proximity, described the meeting as "positive". This is despite the fact that it was re-iterated to the deputation that a government subvention of €39 million was needed before the gas network could be considered to be extended to Sligo and that the government remained unwilling to fund such a venture. Devins said they would now seek a meeting with the gas regulator to press their case further.

The role of Jimmy Devins in recent months in organising delegations to meet with Ministers and with Bord Gais on the issue of the Corrib gas and bringing it to Sligo cannot have been missed by anyone who has been following these events. His enthusiasm and dedication to this campaign has not gone unnoticed. For those who think this is commendable, think again.
As éirígí have repeatedly pointed out, under the current arrangements, the only people who will benefit from the Corrib gas, will be Shell and their shareholders. So for those who believe Devins zeal to secure a new market for the Corrib gas in Sligo is just the public spirited and altruistic actions of a public representative keen to serve his electorate, nothing could be further from the truth. 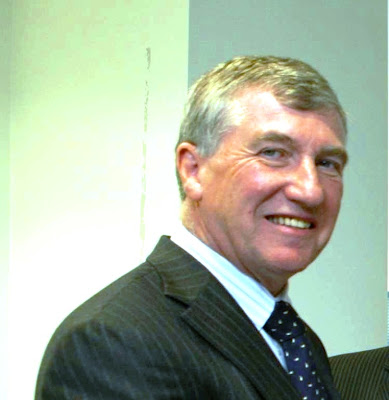 According to the Leinster House Register of Interests published earlier this year, Devins is a shareholder in Standard Life. This is a company that holds over 46 million shares in Shell oil, who have been given the rights to the Corrib gas off the Mayo coast by Fianna Fáil and is one of its biggest shareholders.


So Devins and fellow shareholders, which includes other party colleagues and TD's in Leinster House, unlike the rest of the Irish people, will benefit financially from the Corrib gas being brought ashore, sold under current arrangements and brought to Sligo. It is in his financial interest to oppose any talk of nationalising the Corrib gas and all our natural resources. 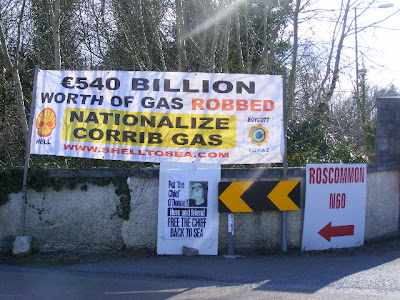 It explains quite clearly his support for Shell to get their pipeline built in north Mayo. It also explains his enthusiasm to press the government for almost €40 million of tax payers money to be spent on a project that will benefit his bank balance and that of his fellow shareholders - not the people of Sligo, the north-west or the island as a whole.

However, his enthusiasm does have limits. It does not, for example, extend to preventing his party from imposing savage cutbacks at Sligo General Hospital, with cuts of €12 million to this years budget confirmed by the HSE. This comes on top of cutbacks in recent years which have decimated services at the hospital. More than 70 beds have been removed, wards have closed, waiting lists have increased for essential procedures like colonoscopies, cancer services were removed to Galway and front-line staff numbers have been reduced to what many believe are unsustainable and unsafe levels. 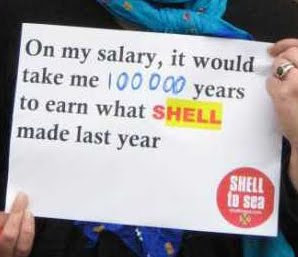 Perhaps the fact that reversing those cutbacks at Sligo General will not benefit Deputy Devins financially, and will only benfefit working people in need of decent health care, explains Devins' lack of enthusiasm for campaigning on this particular issue.

If he was genuinely interested in bringing the gas to Sligo in order to benefit everyone, as éirígí and others are, then he would be wholeheartedly supporting the nationalisation of ALL our natural resources and packing Shell out of Ireland with their tail between their legs. The fact that he has consistently refused to even discuss the issue tells its own story. 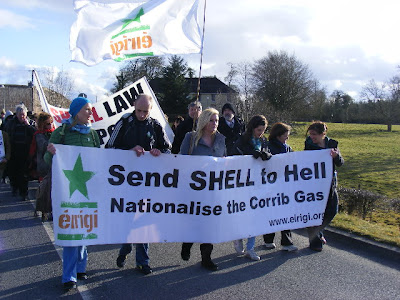 Following the meeting on Wednesday éirígí Sligeach activist Gerry Casey challenged those involved in the deputation to explain why they refuse to publicly support the nationalisation of our natural resources despite being repeatedly asked to do so.

Casey said: “If these campaigners who met Lenihan today are serious about bringing natural gas to the north-west, then they need to publicly support the campaign to take back our natural resources. éirígí have already publicly and through correspondence requested that those who met with Lenihan, and previously met with Bord Gais CEO John Mullins, to publicly call for the nationalisation of our oil and gas. To date, they have refused to do so. They have also refused to explain why.” 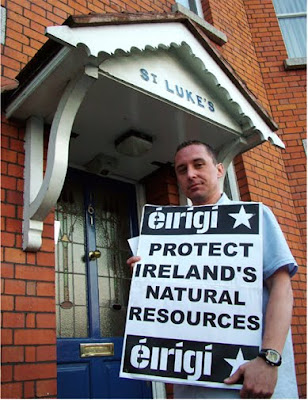 He added: “Those on the delegation have been told that to extend the gas network to Sligo would require a once off subvention from the Dublin Government of €39 million, which to date has been ruled out. However, the simple solution is to nationalise these valuable resources, extract them safely and use that vast wealth to benefit all the people on this island, not just the shareholders of multi-national oil and gas companies.”

“Under the sea off our shores, lies hundreds of thousands of euros worth of oil and gas that rightfully belongs to the Irish people. By nationalising these resources, the vast wealth generated would make the cost of extending the network to Sligo and other parts of this island a non-issue. At the present time, lack of finance is the excuse. Nationalisation takes away that excuse.” 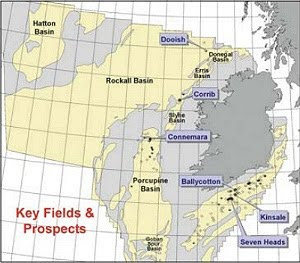 Casey concluded: “Once again, éirígí are challenging those delegation members to publicly justify their reasons for refusing to support such a simple and just demand that would benefit all the people of this island and not just the shareholders of oil and gas companies. At a time when savage cutbacks in income and essential public services are being imposed, if they are content with this giveaway to multinationals of hundreds of billions of euros that could instead be used to create economic prosperity for all then, let them explain to the public why that is so.”

Posted by éirígí Sligeach at 7:22 PM